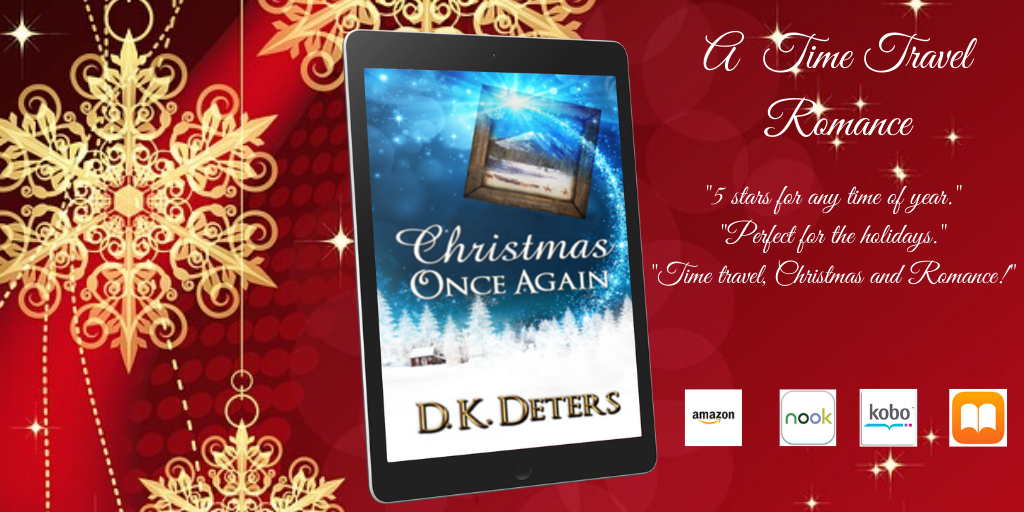 Christmas Once Again
Blurb:
​     She’s dead broke. And eviction looms. On Christmas Eve antique consultant Madison Knight takes a phone call from local rancher Zach Murdock. Through a mix-up at an estate sale, Madison’s company purchased his grandmother’s beloved painting. He offers double the money for its return.
Madison risks her job to track down the artwork, but success falls short when she’s stuck in a blizzard. Stranded, she seeks help from a frontier family. Are they living off the grid, or did she somehow travel through time?
Zach’s the only person who knows her plan. He also knows a secret about his gran’s painting. It’s up to him to rescue Madison, but maybe he’s not cut out to be a hero.
Excerpt:
“Thank you so much for meeting with me. I won't keep you.” Madison stretched her arms for the package, secure in its original store wrapping and taped over crosswise several times by the thoughtful Mrs. Watson. “As we discussed, I've credited your account.” She repeated the approved price.

But her client still clutched the parcel in her bony fingers.

“Yes, yes. I agreed to that amount,” the elder woman said. “Well, you see, if I had, say, fifty dollars more, I’d buy a real nice painting on one of those internet sites. The extra would cover shipping and handling.”

“Speak up. I’m a little hard-of-hearing. You wouldn’t want me to live with that bare spot above the couch, would you?” She gestured to a faded leather couch.

Madison loosened her scarf. The cabin temperature was like a sauna. Perspiration formed above her lips and her ears rang from the Sheltie’s high-pitch bark. The way she figured it, she could leave empty-handed or agree to the adjustment—it was as simple as that, but picking the latter meant enlightening her boss why she’d traveled out of town.

She stuffed her hand in her jacket pocket and felt the wallet. It held her last fifty-four dollars and eighty-two cents—money she’d scraped together for groceries. Her vision of a home-cooked holiday dinner among friends switched to starving alone at an empty table. She linked gazes with Mrs. Watson. “I suppose you’ll take cash?”

Ten minutes later, she trudged back to the SUV and slipped the prized cargo into the front passenger seat. Less anxiety and fresh air helped clear her head. She plodded around to the driver’s side and slid in. Considering Christmas and the inclement weather, she hoped Zach appreciated the exceptional service.

She glanced at her watch, and satisfied with her headway, turned up the radio.
“…worst blizzard in this area since eighteen seventy-five.” The DJ sounded happy about the inconvenience. “So, people, listen up and stay home. Conditions continue to worsen…”

If he wanted to rattle his listener’s confidence, he’d succeeded.

Drifts already sloped into the tire tracks made earlier. As she headed out, it was impossible to distinguish the road from the ditch, but she gauged her distance from a fencerow, hoping to stay somewhere in the middle of the lane. But within minutes, visibility diminished even further, and the fencerow she’d depended on all but disappeared.

Sweat beaded on her forehead. A turn off had to be close. She dipped her eyes to the temperature reading and stretched her arm to change the vent direction. The steering wheel lurched. She jerked it back with both hands, fighting a doomed path to the ditch. The brakes growled and groaned as the front tires plowed through ice and snow. Recovery lingered within her grasp, but the right rear tire slid sideways, followed by the left. The vehicle spun, clipping a pine tree.

A scream ripped from her throat. 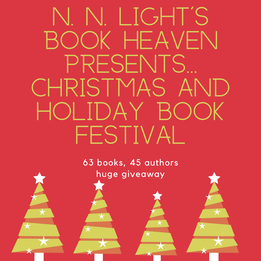 ​
​CHRISTMAS ONCE AGAIN is a 2019 Christmas and Holiday Book Festival Pick. 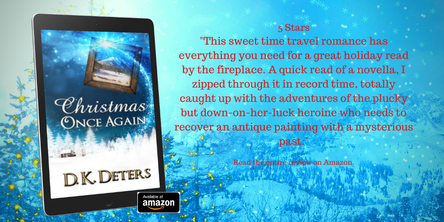